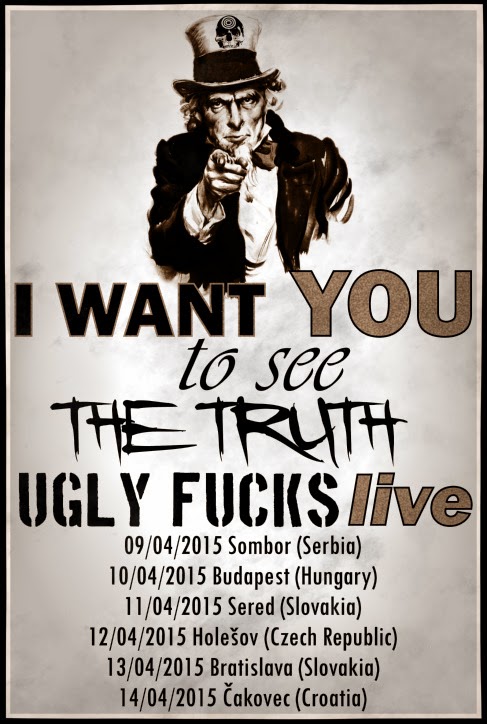 Soon I´m on tour again, can´t complain about that! Actually, UGLY FUCKS were on hiatus from June 2014. until February 2015. because original bass player and guitar player both left the band. But, we found new guitarist and it´s great feeling playing these songs again, rehearsing and preparing for the upcoming shows and tours. We still don´t have a bass player but that is not stoping us in our mission. Also, I plan to do some new songs with THE TRUTH before this tour, so hopefully, we will play few brand new songs. So, if you are somewhere in the area where are the shows on this tour, come and see us! We don´t care what you say, we´re here to fucking play, haha.

https://www.youtube.com/watch?v=UQuYj3V7OP8
Posted by The Snake at 7:38 AM