DEATH OF THE PARTY 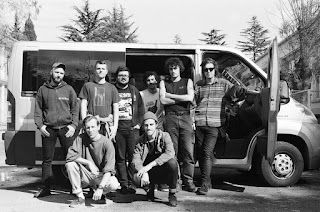 In Zadar, Rules, Ill Wind & Left To Starve minus Zhbla (taking the photo)
and Vuki (probably at home recovering from the previous night party)

RULES played three shows last three weekends, so I will say something about each show. I have no photos from the show in ReciKlaonica, so if anyone can help me with that and send the photos, that would be great, thanks. The photos I used here were taken by Pavle, Zhbla, Joža and Kiki, thanks a bunch! 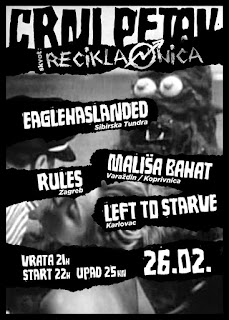 Our first Zagreb show. And it was in only punk squat in Zagreb – ReciKlaonica and I´m glad that our first show was there. People that are living in ReciKlaonica are nice & cool and I like the shows there, althought they are not happening that often, but still when there is a show there, it´s always a nice gathering. I also think that promotion of this show was very good, posters were all over town which is a nice to see for a change, because rarely people here still put actual posters when they are doing a hc/punk show. I also like the poster, it looks like a DIY hc/punk poster, unlike some arty farty posters that look like a professor made you do it for your colledge art class. There was also a good turnout on the show, many people came which was also nice to see. Other bands that played that night were: Malisha Bahat (Varaždin/Koprivnica), Left To Starve (Karlovac/Duga Resa) & Eaglehaslanded (Belgrade, Serbia). Rules played first. This was our fourth show and I think we got a bit more relax than on first few shows, at least I can say that for myself. The only thing that still bothers me when playing a show is when there is not enough light so I must be more concentrated on my playing, but actually it´s not that big of a deal. Anyway, we played our usual set and I think we did pretty good, I enjoyed the set a lot. Next were Mališa Bahat with whom we played a weekend before. Mališa Bahat are new Croatian band that play emotional and melodic hc/punk with screaming vocals, there are some 90´s influences and some more modern influences in their music. The played pretty good set and I like the fact that they play short sets. Left To Starve played third. LTS play dark and rocking modern hardcore with lots of different influences. This past year, they progressed a lot and it is always fun to watch their energetic and interesting performance. So yeah, LTS played a great set. The last were Eaglehaslanded. What to say, they blew mine and everyone else´s asses with their great performance playing very energetic and explosive emotional hardcore with lots of tempo changes and noisy parts. I watched them few times before, but this time, they really gave their 110 percent by playing so intense. Great set. So, this was a really nice gathering and a cool show with 4 different bands sharing the common DIY attitude. 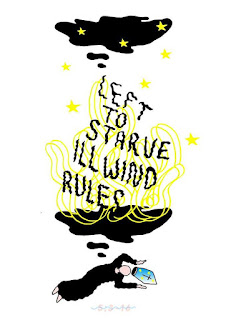 Our first south coast show, haha! We shared the van with Ill Wind (Zagreb) and Left To Starve (Karlovac/Duga Resa) who also played in Zadar obiviously. The time spent on the road was fun with listening a pile of CDs that I took from my collection. We entered the Zadar with Rollins Band early material shouting a lots of yeahs, alrights and a few yeah baby. Do it! Yeah! Do it, do it, do it, do it, do it, do it! YEAH! Anyway, I will go straight to the show because in between coming to the Nigdjezemska and the beginning of the show we haven´t done anything too much interesting except that we took a short walk and ate. By the way, Nigdjezemska is a very nice squatted place run by our DIY comrades from Zadar, so if you have a chance, go visit the place. There was a solid turn out on the show, but more people came during the last band. Rules played first. Again, it was a fun set, at least I had great time and I went pretty wild on few songs. The only bad thing was that vocals were very quiet and it was like that during all the bands. Next were Ill Wind and this was our second time playing with them. Ill Wind play melancholic punk rock with some strange vocals, haha, well, you have to hear it for yourself. Jakov, their new bass player fit in the band just right and their set was pretty good, except I think they were a little too loud which wasn´t the best combination because we couldn´t hear almost no vocals. But, other than that, a solid set. The last were the stars of the night, haha, the almighty Left To Starve. If they weren´t that good live, it would be boring for me watching them again because I watched them a lot this past year, but since they are getting better with every show, I enjoyed their set and they were great once again. I´m not gonna get into the details what was happening later, we mostly hanged around and sometime later went to sleep, nothing extra ordinary to write about. Tomorrow the ride home took like forever but we made it alright. I must say that it was interesting to be in the van with 8 more people with whom I play/ed in bands (except for Driš, the Ill Wind drummer, the only one with whom I haven´t played in  the band) because it was a mix of old and new friends/band members sharing this short journey together. 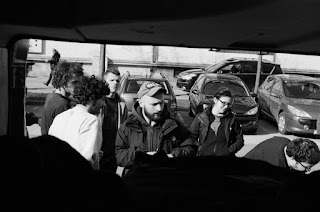 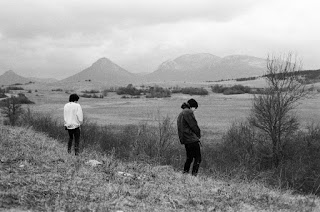 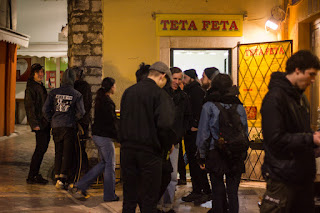 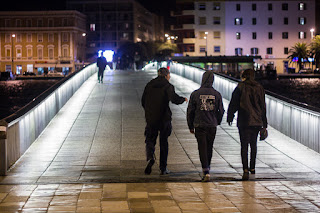 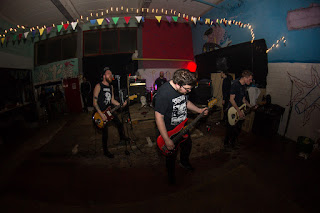 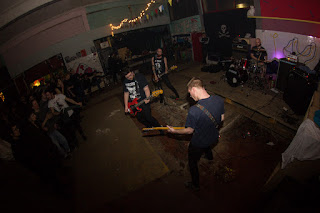 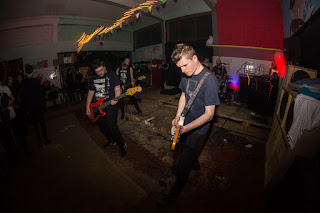 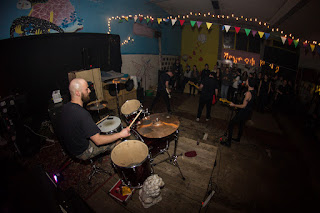 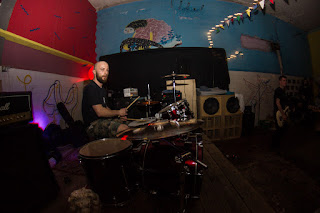 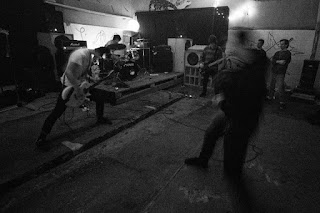 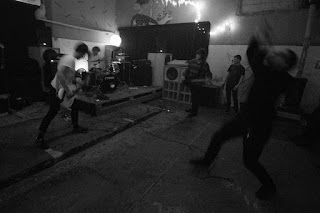 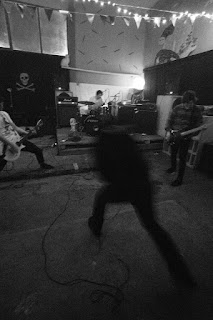 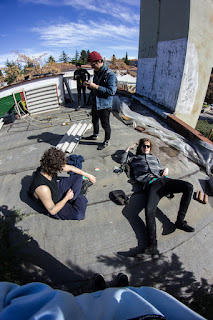 On the roof of Nigdjezemska

On this date, Rules played with The Yellow Buzz, Univerzitas & Modern Delusion (all local bands) in Student Center as a part of a Chill Night, which is a skate contest that is happening once a year in Zagreb for past few years. I haven´t paying too much attention to skate contest, so I will go straight to the show. The first band playing were The Yellow Buzz, a duo playing guitar and drums only and they were playing pretty good rock and roll, sounding very energetic, loud and raw how rock should sound. Rules played second and it took some time to start our set because the sound guy was very slow with handling the bass guitar sound. Besides the fact that I wasn´t satisfied with the sound on the stage and I hated the light show effects, it was a cool set, very hot and energetic. And I must say that we didn´t have a rehearsal in a while so it was cool to see that we can function OK despite that. Next band was Univerzitas which I missed so I can´t say much about them except that they are some kind of a joke band, something like that, I don´t know… The last were Modern Delusion, a local trio with only drums, guitar and synth playing garage punk rock. Modern Delusion are playing for a few years so they weren´t new to the people watching them and it seems that there were the most people inside during their set. They played pretty good and energetic set. After the show, usual shenanigans and then I went home. 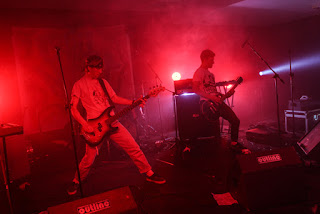 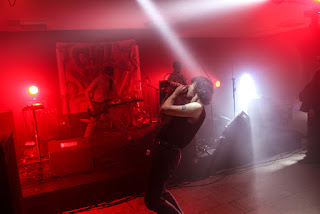 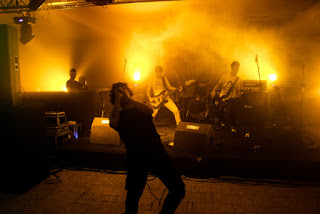 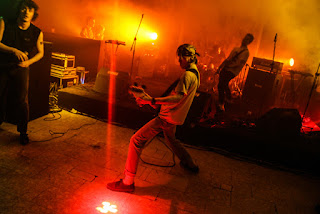 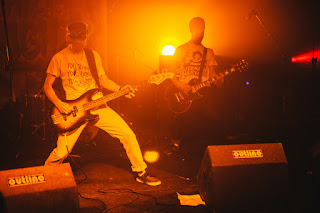 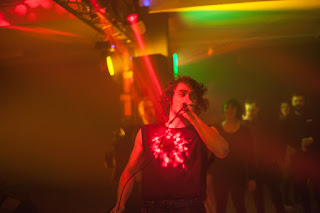 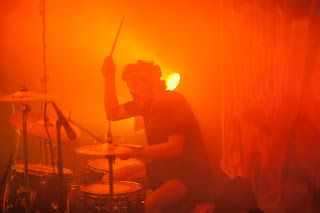 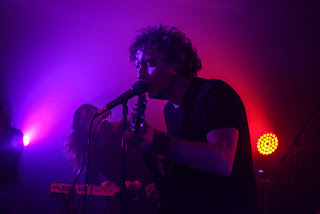 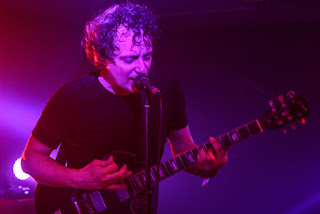 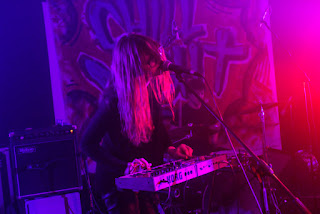 So, that wraps it out. I played a Rules show and all I´ve got was a six pack of corporate energy drinks.