This post is dedicated to some cool dudes that I´ve met online in last few days and we shared some nice talk about Tear It Up and Dead Nation. As for this song, I still pretty much think the same as I did in the past about this issue. Keep your mainstream bullshit out of our hardcore punk!

Whooh – Through being cute
Whooh – We´re sick of you

You turned years of hard work into a joke
We can´t relate to you cause we´re all broke
You took our community and built up a wall
You know what I think – WE´LL KILL YOU ALL!

THIS MEANS FUCKING EVERYTHING! 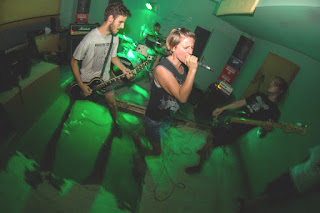 So, on 20th August 2016. (well, it was 21st actually, because the midnight already passed while we started our set) UGLY FUCKS played the last show, fuck you very much! I will say more about this show, the whole THE TRUTH/UGLY FUCKS Summer Tour and I have some more stuff to write about, as soon as I rest for few days. I wanted to write about some shows I went to in last few weeks, but I haven´t got the time to write before the tour because I was all into preparing for the tour with the usual dog watching and spending enormous time with my new roomie CursedXD in front of the computer, partly because of the booking LEFT TO STARVE/RULES September Tour and partly because of watching a load of crap on the Internet, haha! I kind of missed my pal Henry and my Kabala room but I´m ready for another tour and I´m glad that another tour starts in less than two weeks. So, this post is something like a teaser for another few posts coming soon, uuuuuu spooky! Anyway, until then, enjoy in few UGLY FUCKS photos from our last show in Mulj, Duga Resa, Croatia. All the photos were taken by PopeyeXXX, thanks bro! 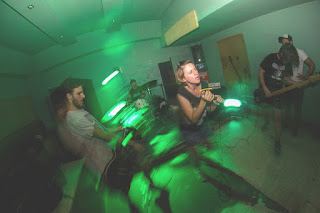