WE DON’T CARE WHAT YOU SAY, WE’RE HERE TO FUCKING PLAY! 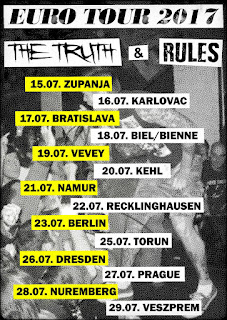 I got back from the tour about 19 hours ago and I have a feeling that if I don’t write my thoughts at this right moment that I never will. That’s maybe one of the reasons why there is less and less of my thoughts on this blog but that’s the theme for some other time. Anyway, two DIY hardcore punk bands THE TRUTH & RULES where I’m playing at the moment went on European tour from 15th to 29th July of 2017. In 15 days, we planned to play 14 shows and have one day off in Berlin, Germany. We were also supposed to play in Berlin the day before the day off, but the show got canceled while we were on tour which sucked big time. We also canceled the last show we were supposed to play in Veszprem, Hungary because we would lose lots of money going there and the deal was that we probably wouldn’t get any money there. So, it was after all - 14 days and 12 shows for those who care about the stats, haha! 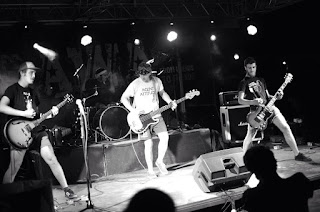 Anyway, this tour was something special. It wasn’t the ordinary The Truth (and some other band) tour. There were lots of tensions during the whole tour, some of it we brought on our own and some of it was just the bad luck, I guess. I won’t go into details about all the bad and good stuff that happened because I’m saving that for the tour report that I will write for my zine. Here I want to focus more about my feelings and thoughts about how I experienced this tour. 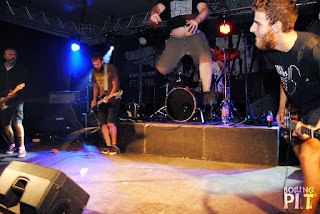 The first two shows were in Croatia and Rules played with a regular band five piece line up and our base was the flat where I and The Truth & Rules guitarist live, so the real tour vibe still wasn’t there. The first show at S. A. W. A. Fest in Županja was pretty cool, both Rules & The Truth played good sets and it was nice to see that we can function OK on the bigger stage as well as when we play in someone’s back yard. The second show at Mala Scena in Karlovac was nothing special but at least we shared this show (as the show before) with our friends from Eaglehaslanded and newest band called Radost-Stradanje who were also on tour. Both these bands are from Belgrade, Serbia and they are awesome. The third day was the real deal. Long drive to Bratislava, Slovakia, without a fucked up bass amp that we left behind in Zagreb. The show at Garaže in Bratislava was solid for The Truth but as for Rules, for me personally it was one of the worst shows, I had major blisters on my fingers and I played pretty badly. This was also the first Rules show with different line up. Our drummer couldn’t go on tour because of the work so I switched from bass to drums and our second guitarist switched to bass. Anyway, I take the blame for this poorly played show. 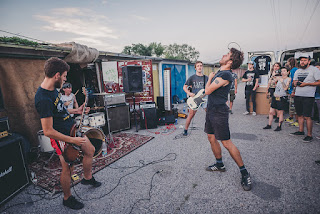 
The rest of the tour, there were few just OK shows but there were more of those that were great shows. The Truth played extremely good most of the shows and I would say that this was our best performance comparing it to our previous tours and shows. Some Rules shows were one of my favorite Rules shows so far, we totally destroyed on some shows. Hardcore punk and rock n’ roll worlds kind of collided on few shows on this tour, haha! I think the worst for me on this tour were two day offs in the row. I know that some of the The Truth & Rules members think differently about that, but for me personally, day offs are the worst. You don’t play, you have to kill time either with boring travelling or some sigh-seeing or just relaxing which is OK for one day but then it gets to the point when you’re sick of relaxing and you just want to fucking play. That’s at least how I feel. 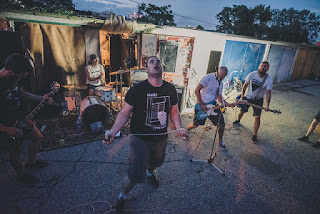 We toured again in the summer because this is the only time in year when we can all get some free time from work but the fact that we toured in period of Fluff Fest and not playing on Fluff is probably why some shows were poorly attended and why probably still no one knows about us (this is kind of sarcastic but it’s also the truth in some way). Also, one thing that we keep noticing over the years is that this fast and thrashy pissed off hardcore punk that we play is a fucking rarity these days, at least in Europe. Sometimes I feel like we’re some dudes that play some very old and retro music (well, that is kind of true, haha!) that lots of the punx forgot about it. And then people are wondering why there are no more younger people in DIY hc/punk these days. Maybe because most of today punk bands play some boring music that is not punk at all. Think about it. 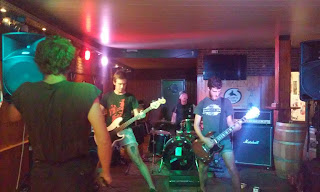 Of course, people that did shows for us, fed us and let us crash on their floors and beds have our eternal gratitude and appreciation for that. Those who didn’t want to do shows for us because we weren’t cool enough for them or whatever other lame reason can eat shit and fuck off!!! 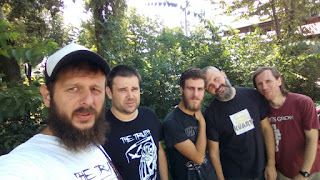 Still, with all the dramas and tensions on this tour, we were there to play pissed off hardcore punk, to five people, in rehearsal places, outdoor non typical places, it doesn’t matter, everywhere we came we played to destroy! 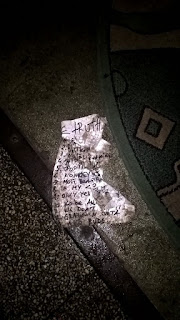 I am The Snake 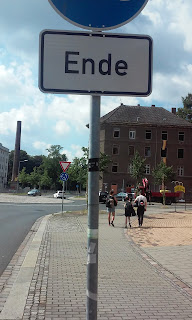