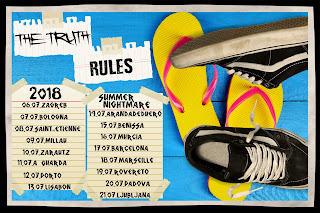 It's been a while since I wrote anything for the blog, but that's the story for some other time. I want to say more than a few words about the upcoming tour that THE TRUTH and RULES will share together this July. From July 06th to 22nd July we're going on a 16 days long European tour that will begin in Zagreb, Croatia and it will end in Ljubljana, Slovenia. This time we're going more south all the way to Portugal and we'll also pass trough Italy, France and Spain. We have never been in Portugal before, so we're excited to go there as we're also excited because of visiting lots of other new cities and of course we're glad that we'll visit few cities and places where we already played before. This time we managed to book all dates leaving us without a day off which is a rare thing considering our last few tours (by both bands) where there would be always few dates without shows. I hope that I didn't jinx it writing about it and that there will be no canceling shows on this tour. This year was quite bad for me emotionally and mentally, so this tour will be a pretty good getaway from some of the shit that I was dealing back home.

If you don't know much about THE TRUTH and RULES, here's the info.

THE TRUTH is a hardcore punk consisted of five individuals (Felix – vocals, Vojkan -. Guitar, Nikola – bass, Dominik – guitar & Gajo – drums) from a few different cities (Kraljevo, Belgrade & Zagreb) and two countries which are Serbia and Croatia. The band as The Truth was formed in 2008 but it became more active in 2011 when I joined the band on drums. That's when we started to tour on a regular basis and so far we played a great deal of shows and tours through Europe and Balkan. At the end of 2016 Dominik entered the band as a second guitarist which made The Truth fast hc/punk music even faster :). It happens that all five of us are straight edge, although this is not something that we're dealing with in our lyrics, but still straight edge is important to each one of us on a personal level. So, you can say that we're a straight edge hc/punk band but it's DIY hc/punk what really defines us as a band. If you're coming to The Truth show it's most likely that you will hear some talk between some songs about the things that matter to us, from personal stuff through some critical questioning of the things around us which includes some political stuff too. It's really important for us as individuals and as a band to spread our message, but also we are trying to stay as far as we can from some one-sided slogan messages. We won't tell you what you need to do, but we're gonna say what's on our minds and in our hearts. Of course, we think that with all the serious stuff we're saying (and any other band), DIY hc/punk shows should be about fun, releasing your energy and getting out of all the negative and positive stuff that you need to release. So, I guess that the perfect recipe would be getting wild while we play and listening and debating with us while we talk :). In this modern age when lots of hc/punk bands went far away from fast and pissed off hc/punk, we feel that it's important to not forget the sound of fast, pissed off and passionate hc/punk with a strong message. This is our mission, this is what we care the most concerning the band and we hope to inspire someone along the way. Maybe that's a tough task for 2018 but we will still try and we don't mean to stop for quite some time. 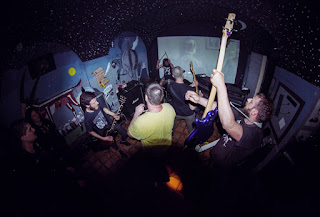 RULES is a hardcore punk band that is based in Zagreb, Croatia (even though some members are originally from bizarre towns called Karlovac and Duga Resa) that is consisted of four individuals (Krešo – vocals, Dominik – guitar, Gajo – bass and Pavle – drums). Rules was formed in the Fall of 2015 and so far the band played bunch of shows through Europe and Balkan including three European tours which makes this upcoming tour the bands fourth European tour. Although Rules in the beginning had some faster songs, lately the band started experimenting with various rock structures in the songs but still remaining true to raw and energetic hardcore punk sound. Lyrics of Rules are mostly dealing with personal stuff and inner feelings. Basically, we gathered for the love of hardcore punk music and playing in Rules is our way of releasing our frustrations and all the crap that we have to deal on regular basis. 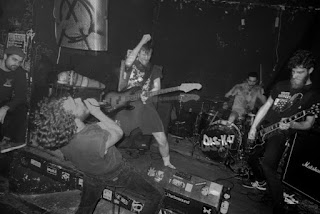 So, hope to see some of you on THE TRUTH & RULES SUMMER NIGHTMARE 2018 TOUR. See you in the pit!

I am the Snake 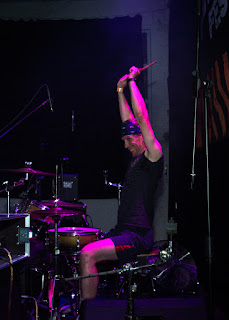 I thrash therefore I am!